This Week's Challenge: Avon Speaks Out Against Domestic Violence

"Girl power" celebrities such as Fergie and Reese Witherspoon are voices in the Avon campaign for philanthropic efforts.   In 2004, Avon launched the Speak Out Against Domestic Violence campaign, because of the staggering statistics regarding women who will be affected by some form of domestic abuse in her lifetime.  The Avon Foundation for Women is the largest corporate-affiliated charity focused on that which solely affects women and their families.  They have triumphed women's causes such as breast cancer research and support since 1955, but moved into domestic violence causes for the great need of more awareness and educational programs.  To date more than $12 million has been awarded to more than 400 domestic violence organizations in the U.S. alone.  Globally, Avon has expanded its efforts to reach over 50 countries through their empowerment programs by raising funds and awareness around the world.

Nearly a billion women worldwide are affected by violence.  "Speak Out" is an important way for all women and men to take action and demonstrate solidarity to reduce the worldwide epidemic of violence against women.  As Honorary Chair of the Avon Foundation, as a woman, and a mother, I am proud and privileged to support this effort.


Known worldwide as a crusader for women's causes, the Avon Foundation has effected real change in the lives of women worldwide and in its commitment to raise lifesaving awareness and funds for critical issues such as breast cancer and domestic violence.


It's unacceptable that 1 in 3 women worldwide is the victim of violence. Help us ensure infinite possibilities for all women by speaking out against domestic violence, speaking up for women's empowerment and purchasing a product dedicated to changing that statistic."

There are several ways one can support this mission of empowerment for women that Avon is so passionate about.  You can participate in upcoming events featured at the Avon Foundation website , create a fund-raising benefit through your organization or institution, or purchase Empowerment Products in which 100% net proceeds go to the Speak Out Against Domestic Violence program.


Featured currently, is a beautiful new Empowerment Bracelet consisted of assorted faux-stone, glass and silvertone beads with an "infinity" charm, representing the unlimited opportunities for women when they live violence-free lives.. Priced at $10.00 each, 100% of net profits ($8.04 for each bracelet sold) will benefit Avon Foundation for Women programs dedicated to ending violence against women.


Start your Avon career by clicking this link!


I suppose my affection for Avon goes beyond their philanthropic pursuits due to the fact that I have four years in with Avon and even though I have not been an "Avon lady" for almost five years, I still carry valuable experience and memories from my previous Avon career.  This is another reason that I chose Avon as our challenge this week, because not only does Avon offer support for domestic violence causes, but the career option for women is a true opportunity to become more independent.  What you gain from becoming a sales representative is not only financial freedom, but also the confidence that being a part of this amazing group of women will bring to your life.  Avon is "the real McCoy."  Those who think that Avon as a career choice is not a possibility has not yet been enlightened by the limitless places you can go.


During my stint with Avon, I was a Sales Representative, an Administrative Assistant through corporate which brought me a weekly salary, and I even did a short fill-in position as a District Sales Manager.  There I was driving around my district in a company car with a company gas card, signing up new sales representatives, and getting paid a handsome salary plus reimbursed child care fees, lunch reimbursments, not to mention the health insurance plus 401(k) plan benefits that come with the position.  How did I land that job?  Well, I worked hard, but I started out with a $10 start-up kit just like everybody else and not a penny to my name.  I had even just moved with my husband and daughter to a new town where I did not know one soul.  Although my time with Avon was a wonderful experience, when we moved again I decided to concentrate my efforts on going back to school and raising my children, but I have never completely shut the door on the idea of going back at some point.

What I loved about Avon was that I did not have to throw any parties and the basis of my selling technique was passing out bundles of brochures and offering wonderful service to my clients.  I never met anyone who said they did not know what Avon was, in fact, the majority of my clientele were avid Avon users and were very much appreciative of the service I offered.  There are not many companies out there that still bring your order right to your door without any shipping charges, but that is exactly what being an "Avon lady" consists of.  With a company that has been in practice for over 125 years, you can expect absolute and complete support with your business plus you get to triumph causes like the "Speak Out" program within your community.  Whether you are looking for a part-time job for extra income or a full-time career, you can have it all with Avon.

LOOKING BACK AT 125 YEARS OF AVON 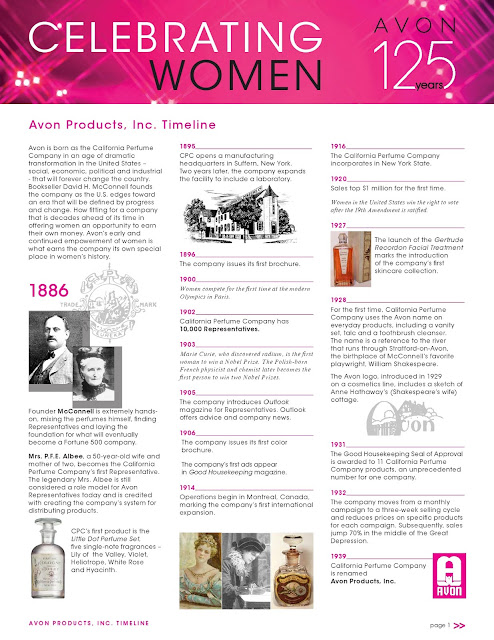 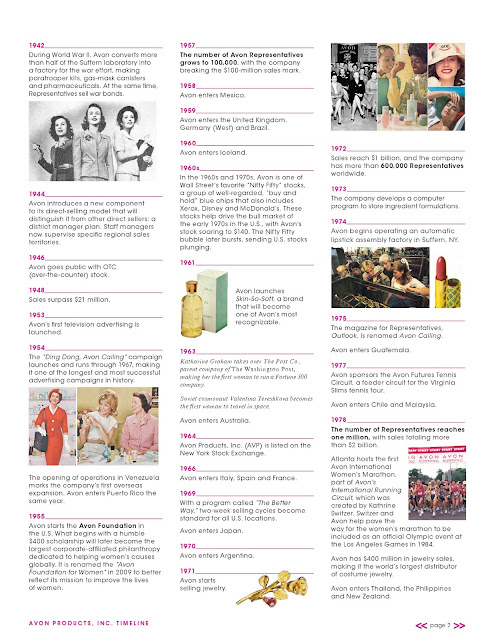 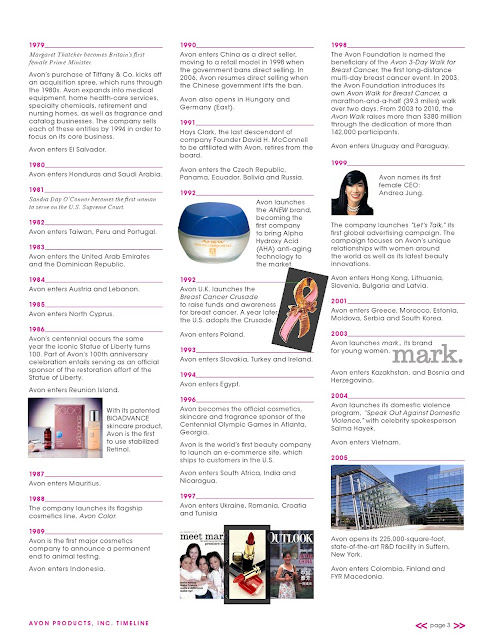 To learn more about domestic violence, tips for victims to escape, resources, events, and how to get involved, please click here!

Posted by Compassion Fashion at 3:30 PM