Without revealing too much, I want to introduce you to a very special woman named Martha.  Sometimes the truth can be horrific, sad, and maybe even a bit scary...even though we are seas apart from what is happening.  How will we ever change anything if we don't speak out?  I want you to read "Martha's Story" and stay tuned for next week's challenge as I will reveal exactly who Martha is and where she is now.  I will also show you how you can help Martha and many others like her through fashion.

In northern Uganda, there are many women and girls who are forced into the sex-industry due to lack of food and provision for themselves and their children. Many are Acholi teenagers displaced by war, but a number of them are refugees from Congo who came to escape rape and violence.  Without further ado...meet Martha. 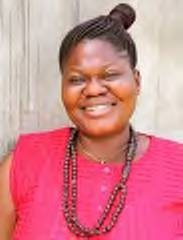 I was born in a poor family of 13 children. I was only 16 when the Ugandan soldiers came to Congo. The war started and I could not go to school. The soldiers would just take you on the road and rape you.

I was picked up by force from the garden, raped, and was taken by this Ugandan soldier to the military barracks. You could not move from there by yourself.

I feared for my life so I stayed with him.

The time came for the soldiers to return to Uganda, but many of the women were decieved into believing that we would be taken to villages in Congo and left there. But we were taken to Uganda with the men and dumped in a place called Kitgum while the men went to fight in Sudan. The women who stayed behind in Congo were killed by rebel Congolese soldiers because they had been married to Ugandans. Their children's heads were smashed with stones.

We were left with nothing. No food, clothes, no place to live or go. We were so scared and even some of our sisters were abducted by the LRA during that time.

Over 500 women were there at these barracks from Congo. People died of hunger, sickness, disease, and our men who brought us had families in Uganda. My husband said he “didn't want me” anymore.
He said if I went to his home, then his other wives would kill me. So I stayed. Because I had no other place to go.

Over time, some of the husbands of the women died, so we tried to get other men for protection, but it was hard because many people were afraid of us. People shared terrible stories from Congo and people would look at us like we were animals.

There was a Ugandan woman who said she would help us escape and put us in a house together. So one night, 5 of us left the barracks with her and made it to Gulu, Uganda. Once there this woman became our “auntie” and we started selling ourselves and giving her some of the money to pay the rent. The first time was hard, but we did it because when you don't, there is no food. No one would hire us, so prostitution seemed like the only way.

I did prostitution for five years. I feel sad to think about the other women. Out of the five of us, four are in Sudan now because prices for sex are higher there. Many of the women I knew have died from HIV.

More on Martha as this story is only the beginning of her journey into a life of peace, hope, and yes...fashion.
Posted by Compassion Fashion at 7:28 PM